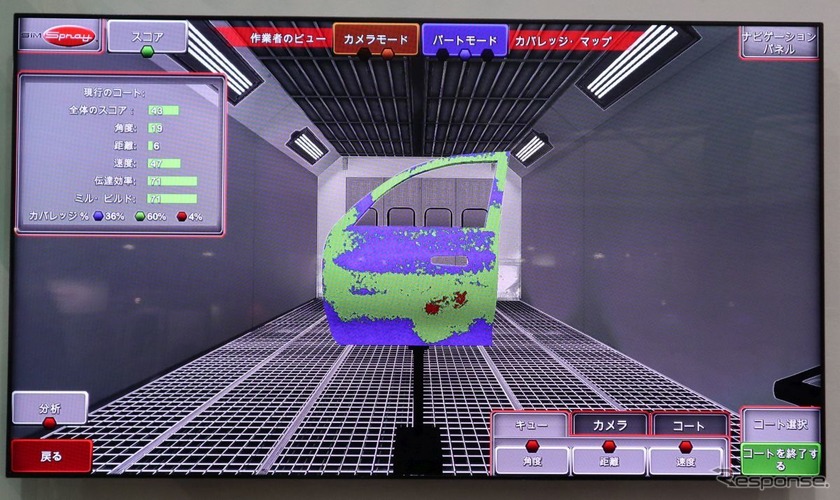 IAAE 2018 exhibited a system that can simulate body painting with VR at the Broadleaf booth. In this case, painting practice and training can be done without wasting paint and parts.

This system is “SiM Spray” developed by a US company called VRSiM, which Broadleaf localizes and sells for domestic use. Currently it is a reference exhibition and domestic sale is undecided, but demo software is expected to be introduced into the Japanese market because menus etc. are in Japanese.

When wearing goggles, the background and parts of the set painting booth are displayed in front of you. I paint the spray gun towards the parts, but the paint is sprayed by the movement of the gun, the distance to the parts and the angle. As it is very realistic, if experienced people operate, the behavior will be the same as when truly painting. If unfamiliar people do, of course, coating unevenness is possible. Not only the appearance, but also the thickness of the applied paint is calculated and displayed, so the thickness unevenness is also known.

You can choose 3 types of spray gun with HPLV, Airless, Air assist.Three types of paint were available, primer, color paint and clear. In addition, it can change the setting of the nozzle size of the nozzle, compressor pressure etc. It is said that you can simulate accordingly.

Instead of simply simulating painting, it is also possible to visualize and analyze work. You can check the function of guiding the paint consumed, the coverage rate, the trajectory of the gun, and the movement later. Originally it is a system for training painting, so it is said that it is mainly used for training and education of automobile manufacturers and factories in the United States.

This article has been translated from the original Japanese via Google Translate. 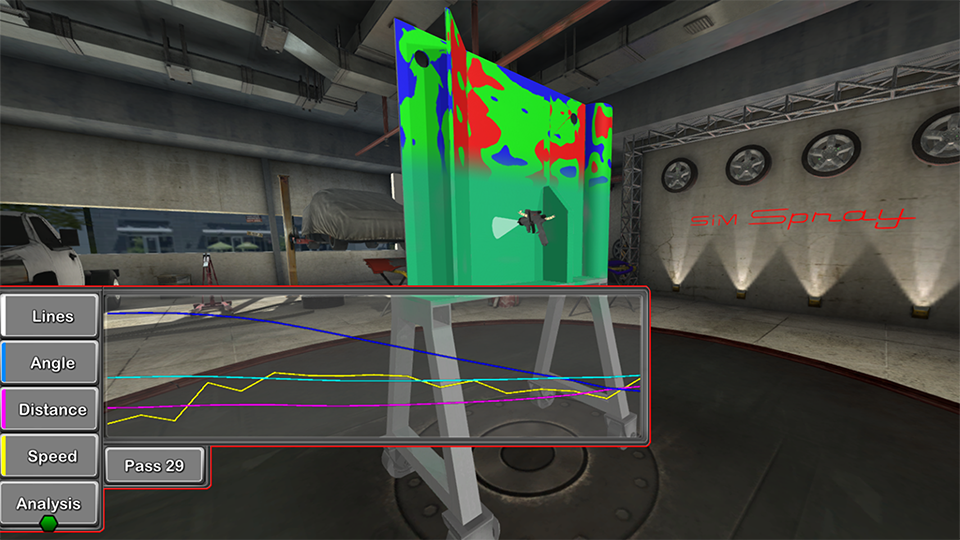 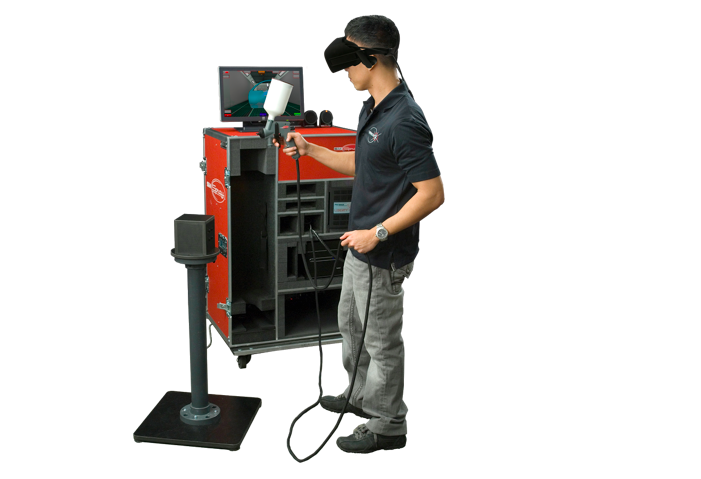 In Conn., VR is all about specialized applications

6.26.2017 | By Sujata Srinivasan Whether it’s walking into an engine to examine inaccessible parts or...